We are off to Germany for a long weekend, visiting some friends of ours in Bonn. I'm not sure if there will be any perfume experiences along the way, although I do know that Bonn is only half an hour from Cologne, the 'spiritual home' of eau de cologne, or Kolnisch Wasser. 4711 anyone?

Till October, here's wishing you all a great weekend. Hopefully I'll manage to indulge in some good German beer and sausages, and return afresh.

Laura Marling - I Was An Eagle

I feel compelled to post I Was An Eagle, a song from one of my favourite young artist's latest album, Once I Was An Eagle. Check out the album if you can. Its her fourth, and she's only 23. And living in California now, so catch her live if you can.

Email ThisBlogThis!Share to TwitterShare to FacebookShare to Pinterest
Labels: Laura Marling, Once I Was An Eagle 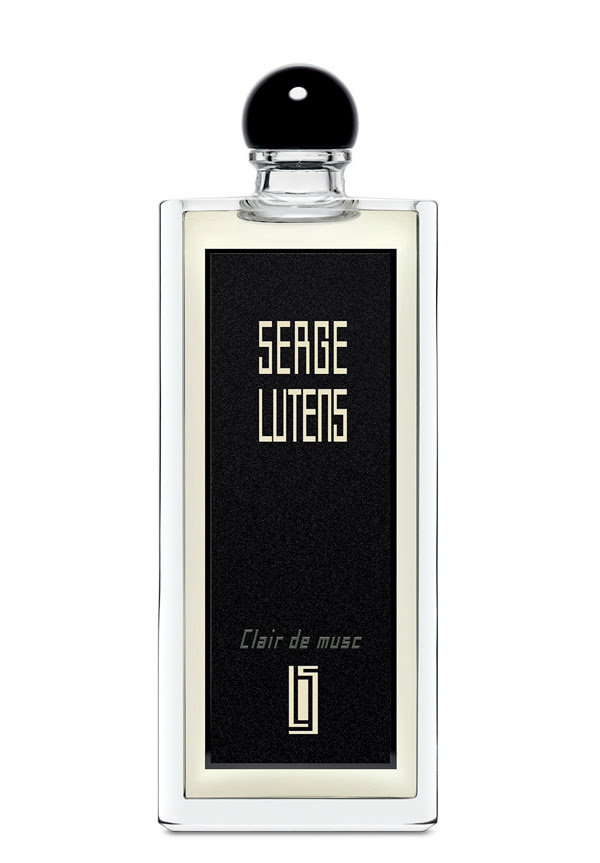 Serge Lutens' Clair de Musc is one of those perfumes from the line that I have never spent much time with. I am sure I am not the only one, because searches on reviews reveal that a lot of people wonder why they have not paid more attention to it and also why it tends to be rather overlooked.

I have my theory. Certainly from my point of view I was always more interested in trying Muscs Koublai Khan, a much skankier sort of musk fragrance. I prefer dirtier, stronger musk perfumes and I always thought that Clair de Musc would be too tame for me. It wouldn't surprise me if others felt the same. I wore Clair de Musc today for the first time in a long time. I have to say, it is a fine fragrance. It starts quite perfumey on my skin, with what I perceive as a burst of aldehydes, then settles down to a fairly understated, sophisticated skin musk. It is certainly not skanky or dirty, but equally I wouldn't say it smells too 'boring white musk' either.

The notes include neroli, bergamot, iris and musk. From that list, one would read simplicity, and in truth, Clair de Musc is not a massively involved and complicated perfume. It is fairly streamlined, with clean lines and just enough urban sophistication to avoid spilling over into that dreaded cliched white musk territory. I struggle to detect the iris. I am sure it is there, as there is an ever so slight powderiness to the perfume, but it is not a stand out note to me here.

Clair de Musc is a very decent perfume and I think very well suited to when you want to wear a perfume that does not shout out, yet also is not too much of a wilting flower. I still find it a little bit the 'odd one out' in the Lutens canon, particularly from that earlier period, when most Lutens tended to be fairly heavy hitting orientals.

Perfume musings, and thoughts on Caron

I know I tend to go on a bit about new perfume ranges that come to my town, but considering that Tunbridge Wells only has a population of about 50,000 (albeit a fairly affluent one at that) I think it punches above its weight on the sheer diversity and range of perfumes on offer.

My local Fenwick department store has now got the Van Cleef and Arpels Collection Extraordinaire back in stock, including the two most recent additions, Rose Velours and Oud something or other. Bottega Veneta Pour Homme has just come in (more about that one another day perhaps) and there is now a small range of Caron perfumes, including Parfum Sacre.

Speaking of Caron, the new bottles have been modernised a lot (I quite liked the older ones to be honest) and I gauge from various reviewers that the juice in many cases has changed drastically too. That may be the case, but I haven't tried enough Carons side by side to have an opinion one way or another. I smelt Parfum Sacre on paper and it possibly did smell different to the sample I had from about four years ago, but a scent strip is hardly the ideal way to form an opinion or make a comparison. I actually thought it smelt very good by the way.

I'd be interested to find out if you live in a town or city that has a particularly good selection of perfumes. Also, what is your view of the recent Caron perfumes? Any marked change, otherf than the bottles and packaging?
Posted by Michael at 21:18 5 comments:

Thirteen years, and a perfume

Today my wife and I celebrated our thirteenth wedding anniversary, which in itself is a reason to post this, don't you think? The cliched phrase, 'time flies', does indeed apply. I can still remember our wedding day like it was yesterday. A happy day, to be sure, but how did thirteen years fly by?

My wife gave me a bottle of Jo Malone's Saffron Cologne Intense. I think it is a fairly recent release, so couldn't find many reviews of it, but my initial impression is very favourable. I tried a few from the line when it first came to my town and while I liked them, most seemed to lack longevity, particularly the cologne intense range, which I found a bit odd. Thankfully Saffron has no such issues - I sprayed it on at 9 this morning and I can still experience it quite clearly almost twelve hours later.

I'll leave you with one thought - I had no real idea what Saffron as a note really smelled like. Smelling Saffron today, I now know what the note is like and realise, somewhat belatedly. that I knew its smell all along, as it is often paired with oud in perfumes. I know I'm stating the obvious, for some of you, but hey, you learn something new every day!
Posted by Michael at 20:25 6 comments:

Here in the UK you know autumn is almost upon us when the children return to school at the start of a new year. A lot of people are writing about perfumes for fall/autumn, but really, I don't think it is autumnal weather quite yet, despite the nights starting to draw in a bit. I suppose it depends where you are and your state of mind.

My older daughter Hannah returned to school yesterday, while my younger, Daisy, starts for the first time on Monday. I don't know where the time has gone.

I'll leave you with the evidence of the older: 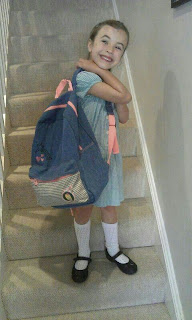 Have a good weekend everyone, and if you're in an autumnal frame of mind (I'm not, I'm still in denial), enjoy it whatever the weather.
Posted by Michael at 22:44 No comments:

Well, its September, and what better way to start the month than a parcel containing loads of samples from Indie perfumer Dawn Spencer Hurwitz.

Dawn was very generous and the package included a friendly handwritten note from her personally, which I appreciated. The samples she sent are: the New Kingdom series (there are four of them), Jitterbug for Men, Michelangelo, Prana, Kohl Gris, Matsu, Viridian, Dirty Rose, Oude Arabique, Ruba'iyat, Three Kings and Bodhi Sativa.

I have tried and enjoyed others in the DSH line, including Sandalo Inspiritu and Cuir et Champignon in particular, but these are all entirely new to me. Im going to have a go at writing down and posting my thoughts on them as I go along, hopefully.

Michael
Boring accountant by profession, closet perfume addict, I came to be interested in perfume quite late, during 2007. I live with my wife and two young daughters in west Kent, having formerly lived in London and prior to that, South Africa.